The package supports Gunze touch panels under Linux and XFree86. Supported panels are the serial, PS/2, and USB devices. The serial andPS/2 devices are supported by means of an X module, xf86Gunze. Supportfor USB comes as a kernel module that emulates the PS/2 protocol, soyou still need the xf86Gunze module.

The latest version of this driver can be downloaded from:

The latest source tree can be accessed from my CVS server, instructionsare available at http://ar.linux.it/software/#cvs . The package name to use is gunzets. The latest CVS snapshotcan also be downloaded from ftp://ar.linux.it/pub/gunzets .

The following bugs are currently known:

To run the serial or PS/2 devices you only need the information inthis section. To run the USB device you also need to load the kernelmodule, described under See Usb Driver, later in this file.

Support for all three device flavors is implemented by means ofxf86Gunze.c, a module for XFree86.

In order to use the touch screen in X, you should install in yoursystem the 'xf86Gunze' module, part of this distribution.

In order to compile the module for different version of the XFree86systems you need access the source tree and compile using therecommands:

The 'location of source' above should be the full path name to thedirectory called 'xc' after you uncompress the source tar file.

To compile gunzets you'll most likely need to compile X first(by issuing make World and waiting a huge lot of time). A freshlyuncompressed source tree lacks the proper header files for compilationto succeed; since one of the errors happens inside an X header, youcan only fix it by compiling X first).

In order to use a Gunze device with XFree 3.3 you need to add thefollowing two sections to your XF86Config (the example below showsall the options available for the module, but most of them areoptional, see below for details):

The meaning of the individual options is the following:

DeviceName 'touchscreen'
The device name is an identifier string chosen by the user. It is mandatory.
Port '/dev/ttyS0'
The hardware channel used to read input data. The line ismandatory. It can be a serial port, a PS/2 port (/dev/psaux)or the USB entry point (/dev/gunzets).
DeviceType Serial
Optional specification of the device type. It is used toselect the protocol used by the port. Possible values are(case-insensitive): 'serial', 'ps2' (or 'ps/2') and 'usb'. Ifthe information is not present in the configuration file, thefile name is used to guess the device type. Such guess willwork under Linux but may fail under other operating systems.
Speed 9600
Speed of the serial connection. Only used for serial devices,the value defaults to 9600. Only valid values are 9600 and19200.
CalibrationFile '/etc/gunzets.calib'
Optional specification of the calibration file. The default is/etc/gunzets.calib as shown. The format of the calibrationfile is specified later in this documents.
Smoothness 9
The smoothness value is used to smooth out movements. It isonly meaningful for motion and drag events. Allowed values arein the range 0 to 50. If you want to do handwriting, you'll needto disable smoothness processing (i.e., set it to 0).
TappingDelay 0
Optional selection of tapping mode. By default (tapping delay set to 0), any touchevent is reported as a button press. In tapping mode the firsttouch event is used to move the pointer, and button press isonly reported when the user taps on the device. If the delay,measured in milliseconds, between pen-up and pen-down is greaterthan the selected value, the pen-down even is considered motion. I personallyprefer tapping mode when testing the device, as it allows meto use the common point-and-click semantics instead ofclick-only; this is especially true if your touchscreen is notplaced over the image but in side of it (as you guess, I do that).
DebugLevel 0
Any debug level greater than 0 tells the driver to spitinformative messages. The greater the number, the higher themessage rate. Messages go to the usual X error channel(stderr, normally connected to the text console used to fireX).
Res12Bit
The boolean option states whether your panelreports data with 12 bits of resolution (i.e., as numbersin the 0-4095 range). The default, when no option isspecified, is 10 bits (0-1023). 12-bit support is implemented by discarding the lowest two bits,and has been contributed by Atsushi Nemoto.
AlwaysCore
The input device is a 'core' input device (like the mainpointer device - the mouse or equivalent). If the directiveis not specified, the touch screen acts as an auxiliary inputdevice, and applications may individually request to use it. 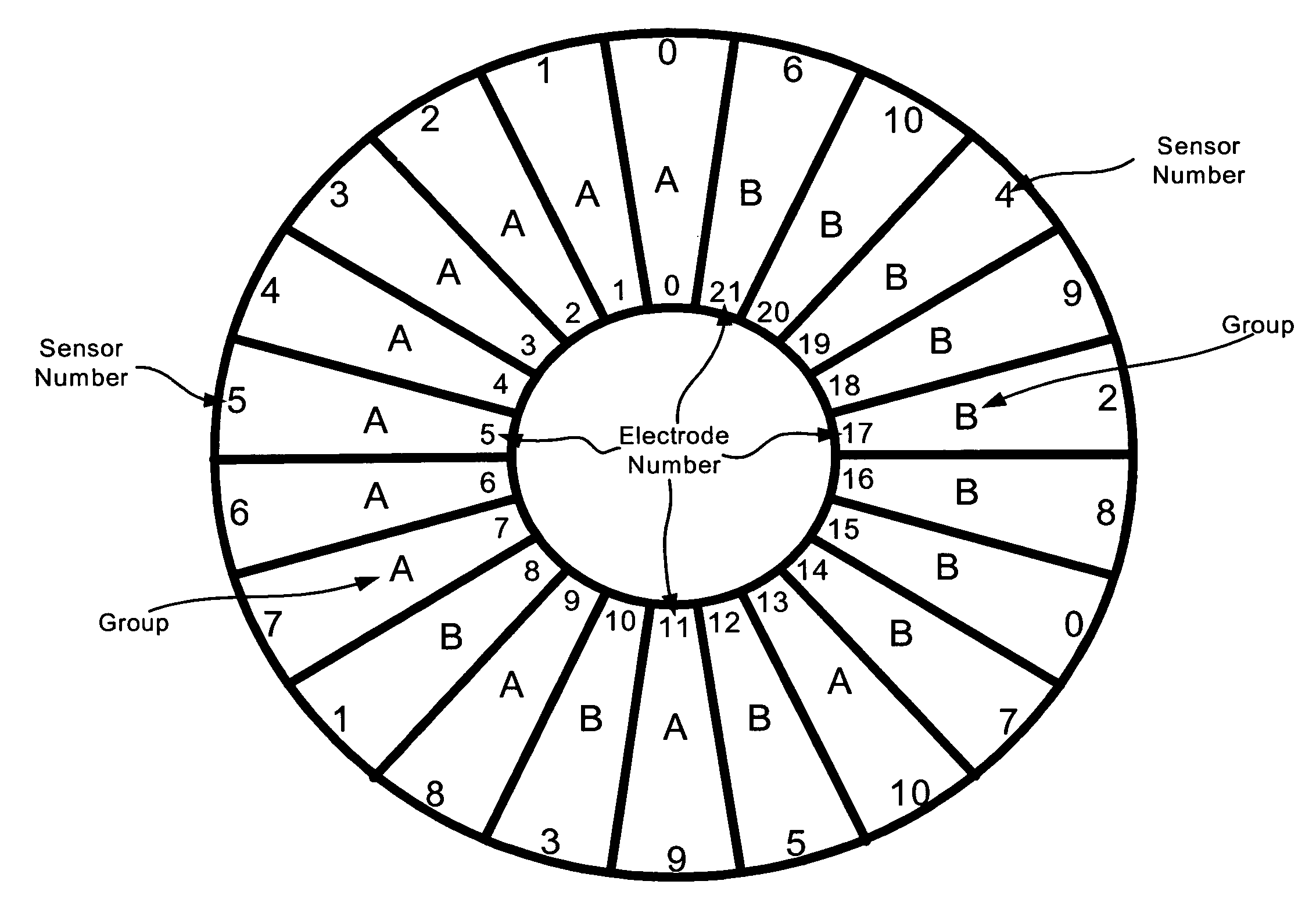 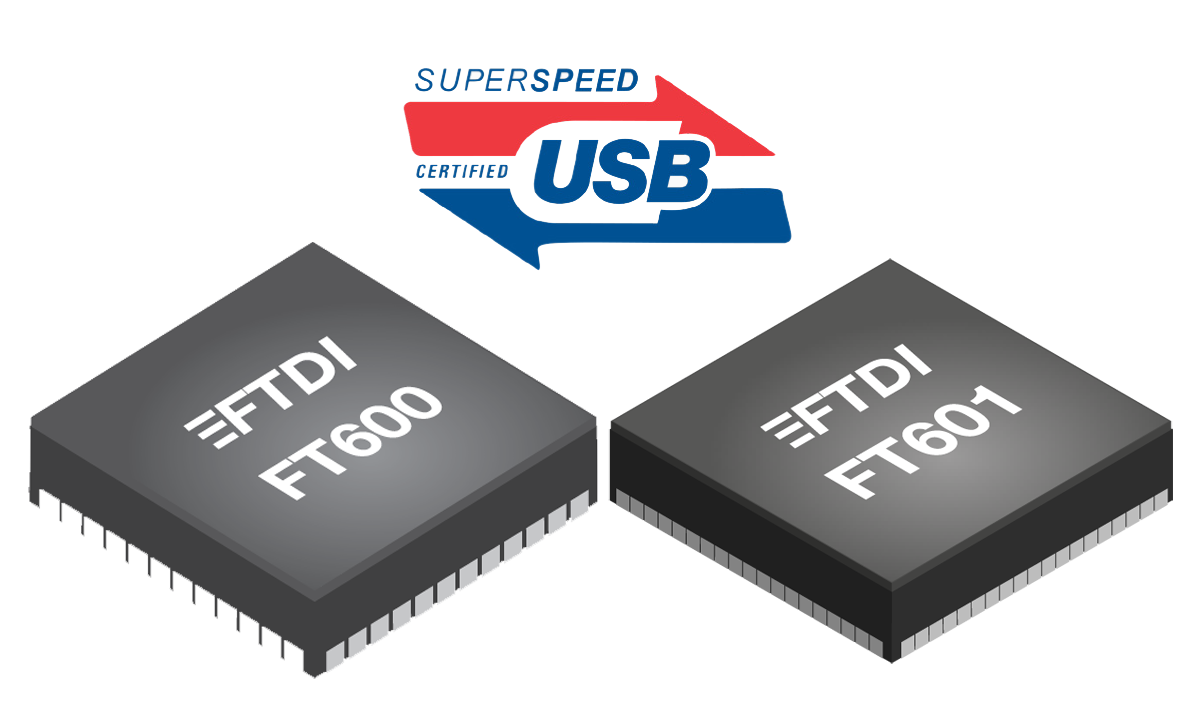 In order to use a Gunze device with XFree 4.0 you need to add anInputDevicesection to your XF86Config. The following example showshow it looks like. The options that are shown commented are notimplemented in this version of the module, and are ignoredif specified.

Moreover, you need to add an InputDevice line in theServerLayout section. After the addition,the section will most likely look like this:

Note that if your system has no mouse device, you can removethe InputDevice 'Mouse1' line and add 'CorePointer'to the touch screen line.

The meaning of individual options is as follows:

Identifier 'Touchscreen0'
The identifier string is mandatory, and appears, literally, inthe InputDevice directive within the ServerLayoutsection that is usually found at the end of the configuration file.
Driver 'gunze'
The name of the driver is mandatory. It is used to load theassociated module. In this case the file gunze_drv.o.
Option 'Device' '/dev/ttyS0'
The device name is mandatory. It states where input data iscollected from. It can be a serial port, a ps2 port or theUSB device created by the gunzets device driver.
Option 'DeviceType' 'serial'
The device type specification is not currently supported. Ifthe option is present it is ignored. The actual device type isretrieved from the device name: any device name thatincludes the string 'tty' is assumed to be a serial port,other devices are assumed to speak the PS/2 protocol.
Option 'BaudRate' '9600'
The transmission rate for serial ports. It defaults to 9600and is ignored for non-serial input devices.
Option 'CalibrationFile' '/etc/gunzets.calib'
The option is not currently implemented.
Option 'Smoothness' '9'
The smoothness of the pointer. The default value is 9. The greaterthe value the smoother the motion. If you need to do handwritingor similar 'fast' interaction, you should set the smoothness to 0.
Option 'TappingDelay' '0'
Optional selection of tapping mode. By default (tapping delay set to 0), any touchevent is reported as a button press. In tapping mode the firsttouch event is used to move the pointer, and button press isonly reported when the user taps on the device. If the delay,measured in milliseconds, between pen-up and pen-down is greaterthan the selected value, the pen-down even is considered motion. I personallyprefer tapping mode when testing the device, as it allows meto use the common point-and-click semantics instead ofclick-only; this is especially true if your touchscreen is notplaced over the image but in side of it (as you guess, I do that).
Option 'JitterDelay' '50'
The debouncing time lapse, measured in milliseconds. If a pen-down event occurs immediately after pen-up (within thistime lapse), then both events are discarded. Debouncing hasbeen contributed by Chris Howe <[email protected]>, and defaultsto 50ms.
Option 'DebugLevel' '0'
The level of messages spit out by the driver. The directiveis optional and it defaults to 0.
Option 'Res12Bit' 'False'
The boolean option states whether your panelreports data with 12 bits of resolution (i.e., as numbersin the 0-4095 range). The default is 10 bits (0-1023). 12-bit support is implemented by discarding the lowest two bits,and has been contributed by Atsushi Nemoto.
Option 'SendCoreEvents'
The directive instructs X to use the touch screen as a coreinput device (like the main mouse). This module can currentlyonly work as a core device.

Please note that with both version 3.3 and 4.0 of XFree you can stilluse a normal mouse together with the touch panel. While XFree 4.0can use the touch screen as its only pointer device, version 3.3of the X server can't do that. If you have no other pointer and don't want X to choke on theconfiguration file, you can use a trick like this one:

If, when calling startx, it fails with a message ofInvalid Subsection Name, please check the previous errorlines, as they explain what is wrong. They usually look like:

The messages are pretty clear, if your are careful in reading them (I amnot that careful, and lose half an hour in trying to figure out whatwas wrong).

Use of the touch screen on the text console is not supported, and Idon't think it ever will (although I made it work under gpm some timeago, I no longer maintain gpm).

To calibrate the touch panel, run the gunzets_calib script, under X. It has been tested with both XFree86 version 3.3.6 and version 4.0. To calibrate pass the device name on the command line of the program:

The program needs to find gunzets_control in the command search path(it uses the control program to turn off the touchscreen in X, so thecalibrator can read input data).

In order to calibrate you'll need to move the mouse pointer first. Youcan do that with the warp command (see below) if no other pointeris available on the system. While I could use the touch panel to thisaim, and delay turning it off, I didn't think of it and don't want tore-test it all. The next release will be better in this respect (too).

The package includes two tools that work by connecting with the X server:

gunzets_control
The program accepts on, off or info asargument. It turns the touchscreen off, turns it on, or reportsinformation about active input devices. The program needs toconnect to an X server.
warp
The program moves the mouse pointer. It can be used to movethe mouse when there is no active mouse. It accepts a seriesof letters on the command line: each uppercase N, S, W, Emoves the pointer by 100 pixels to the north, south, west,east. Each lowercase n, s, w, e moves the pointer by 10pixels.

This driver has been developed and tested with Linux-2.4.0 and workswith Linux-2.2.18 as well.

If all of your modules are in place, you can just invoke

and read the section about X support, above.

If you want to use the input mechanism (currently unimplemented), adduse_input=1 to the gunzets_load command line.

In order to successfully load the module you need to have thefollowing facilities compiled in your kernel or loaded as modules:

To compile the driver just make. If your 2.4 or 2.2 kernel headersare not available from /usr/src/linux/include then specify KERNELDIRto point to your kernel source directory, either on the make commandline or in the environment. For example:

To load the driver, use insmod:

To use the input mechanism, specify it on the command line:

To automatically create the entry point in /dev (needed if you are notusing the input mechanism) run the gunzets_load script instead:

You can unload the module only after disconnecting the touch panel,otherwise the rmmod program will return 'Device Busy' even if noapplication is using the pane, because the USB mechanism is using it.

To install the module to the proper places you can run makeinstall. You may also wish to copy gunzets_load from/usr/local/bin to /etc/rc.d/init.d or /etc/init.dand create a proper symbolic link for automatic load at boot.

Data read from the touch screen is available as raw data returnedin PS/2 format in the file /dev/gunzets. You can use the sameXFree driver described above for serial and PS/2 devices withthis driver.

To calibrate the touch panel, run the 'gunzets_calib' script, under X. See Calibration.