Note: This article unceremoniously replaced the original HOW TO Installing DVB. In turn, this article has been superseded by the How to Obtain, Build and Install V4L-DVB Device Drivers article.

Note: This article assumes you have already physically installed the hardware device into, or connected it to, your system. (Refer to the manufacturer's instructions for such details)

Case 1: Out of the Box Support

If your Linux installation is using a recent 2.6 kernel which has been compiled with many driver modules (as is typical with most Linux 'distros'), then there is a chance that drivers for your device are already included. If that is indeed the case, then upon boot-up, your device should be 'automagically' detected and will have the appropriate driver modules loaded into memory. Which modules are required? Well, the answer to that question depends entirely upon the chipsets used by your device -- see the relevant wiki article for your device for a listing of such components and required drivers. If you are aware of which driver modules are required for your device, you can see if they were loaded by running the following command in a terminal:

Provided that the drivers were loaded, you should now have a non-empty /dev/dvb directory. (Note: this directory is created automatically by udev, so you do not need to create it yourself). You can check on whether this is true for you with the following command:

(alternatively, you can browse your directory structure with the graphical file manager of your choice). If you have a single DVB device installed in your system, then the output of the above command should reveal that /dev/dvb/ is populated by adapter0. Digging further,

reveals the devices associated with adapter0 for which the drivers have control. If you have more then one DVB device, you can see the same for all with

Now, if you don't have a populated /dev/dvb/ directory, then something has failed. There could be several reasons for such. In any regard, consider that:

The problem may be as simple as the firmware for the device not being loaded. For example, for many TechnoTrend & Hauppauge (and other similar 'premium' cards), if the dvb-ttpci firmware is not available you will observe an error such as:

Resolving that missing firmware issue should then result in proper detection and configuration of your device.

In case you have Debian Etch, you will neither have out-of-the-box support in the kernel, nor will you be able to compile the drivers yourself (The compiling fails with an error like /usr/src/v4l-dvb/v4l/videodev.c:499: error: unknown field 'dev_attrs' specified in initializer).

The best bet for Debian Etch users is to install a new kernel from backports.org (Current version 2.6.24). This is most likely to provide with all necessary drivers. To install the backports kernel, you must use the backports.org repository. The following code should do, but please be sure to read the instructions anyway:

Now, to install the kernel, run (just an example, depending on the current kernel in backports, and the appropriate kernel for your machine/setup):

Debian should automatically install the initrd in /boot as well as update /boot/grub/menu.lst; elsewise you must do this yourself. When done, you can reboot. After reboot, you should have all necessary modules at your service. (Don't forget to have copied the firmware to /lib/firmware, if necessary.)

1. Acquire the necessary software
Before you can start you need the following:

The following provides examples of how to install the Mercurial software package for some distributions (Note that [sudo] means that you only have to specify 'sudo' if you aren't root, otherwise omit it.):

This creates a directory called v4l-dvb in the current working directory.

2.1 Upgrading an older installation
Update your local copy of the source code with the following command (entered from the previously created v4l-dvb directory):

to get a working local copy, ready to compile.

3. Compile the v4l-dvb source code
Change to the directory that contains the previously downloaded source:

Then compile the source: 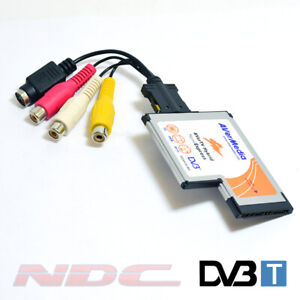 If you run into any problems here, contact the developers via irc.freenode.net on #linuxtv or on #dvb.

Note: The LinuxTV v4l-dvb drivers only work in conjunction with reasonably new kernels. In the past that meant 2.6.12 and greater, but more recently a number of changes have made it extremely difficult, if not impossible, to provide as thorough backwards compatibility. Hence, regrettably, it is currently advised that your system should have at least a 2.6.19 kernel (and preferably more recent) running in order for the v4l-dvb drivers to build correctly without error.

5. Remove any old modules from memory
Perhaps the most straightforward thing to do at this point for the newbie is to restart your system.

More experienced users might prefer to use 'sudo make unload' (which essentially removes all modules (rmmod) for the device that might be currently loaded in memory from the running kernel) and then 'modprobe' the appropriate driver modules for the device.

Either way, the end result should be the same.

6. A note on firmware
Some devices also require firmware which is uploaded from the host PC to the card in order to operate. 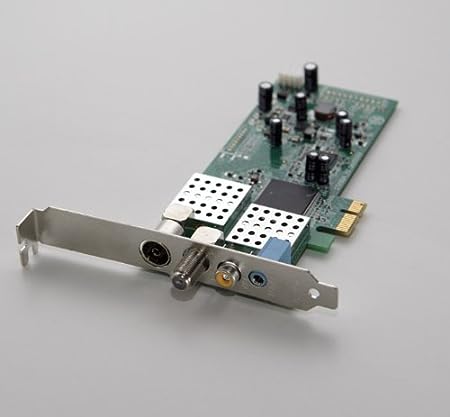 In some cases, when the device is correctly recognized, the associated drivers provide information as to which firmware file is required -- look in the system log or use the command dmesg grep dvb (see an example of this in the 'Out of the Box Support' section above).

In other cases, obtaining the correct firmware is not so straightforward a task. The very first thing you need to know is what device you're using; see Gathering Information About Your Unidentified/Unsupported Device. Once you have established the device's identity, you can then move on to obtaining the correct firmware. In addition, information in wiki articles (eg. such as DVB-T USB Devices) will cite the appropriate firmware required. If you're still at a loss, a Google search may shed light on what file you need. Note, however, that not all supported devices have easily available firmware (eg. Hauppauge HVR 1100 & 1300). Firmware for such cards could be loaded via temporary installation in a Mirosoft Windows System with the manufacturer-supplied drivers.

In any regard, once you find and obtain the necessary firmware for your device, copy it into the appropriate hotplug directory. The location of this directory depends on your distribution, but normally it's one of these:

The Linux DVB drivers will only work with reasonably new 2.6 kernels. Consequently, you should upgrade your system to one which runs a 2.6 kernelbefore attempting to use DVB. You should also investigate installing the 'udev' package (for kernels >= 2.6.15) which automatically populates the /dev directory when devices are found.