There are many types of hard disk controller, but the basic components and the operating principle are approximately the same. It consists of control logical circuit connected to a computer system bus, microprocessor, decoding and encoding circuit used to accomplish the separation of read-in data and compensation of write-in data, data error detection and correction circuit, logical circuit used for controlling the data transmission, serial and parallel conversion as well as formatting in accordance with the computer orders, read-only memory used for storing basic input and output program of disk and buffer for data exchange etc.

IDE controller is usually produced in the mainboard. It can support up to 4 hard disks. The maximum speed of IDE controller is 66Megabytes ( MB ) per second, but many IDE controllers can only reach 33Megabytes per second. IDE controller has several variants, and the most common one is ATA ( Advanced Technology Attachment ). Invented by IBM, ATA is the second controller placed in hard disk, and it has largely increase the data transmission speed. ATA-3 and ATA-4 whose performance has been further improved are being widely used by audio workstation. If you don't know which kind of controller is used in computer, you can refer to the manuals of mainboard and keyboard.

ATA can be classified in following types.

Note: When you need to recover data from a formatted hard drive on Mac, please go to this page. 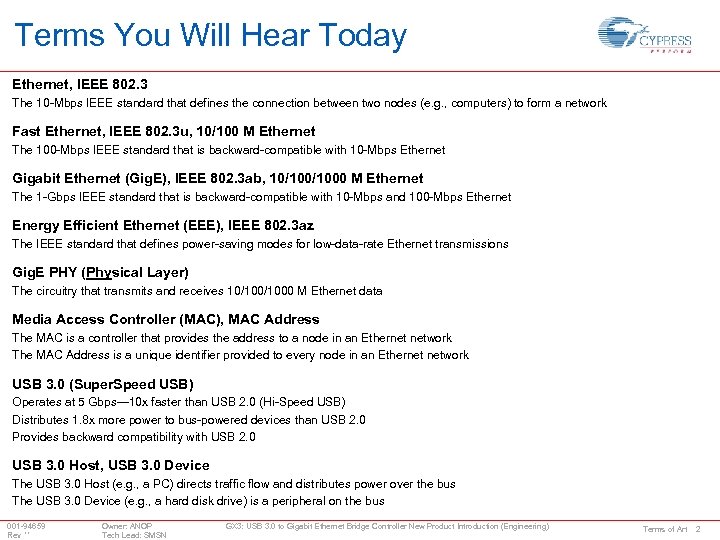 The maximum of data handling capacity is 66MB/s.

ATA/100 is similar to ATA/66, but its maximum data handling capacity is 100MB/s. Mainboard and hard disk must support ATA/100 at the same time. Some PCI cards produced by third party can help computers run ATA/100 drive.

SCSI ( pronounced like scuzzy ) is a very advanced hard disk controller, but it is hard to popularize because of its high price. SCSI can support devices like multi-hard disk, CD-ROM and scanner, and it also can connect as many as 30 devices and peripherals by daisy chain. It is the most suitable for studio which needs enormous capacity. SCSI controller, traditionally faster than IDE, can reach the speed of 160MN/s, and the new controller being developed can even reach 320MB/s. Just like IDE and SCSI, they have different versions. SCSI is the first choice if your DAW needs the best performance, specification of 24bit/96Khz or 24bit/192KHz and mass storage of data.

Two devices are needed to use SCSI in the system: SCSI controller, which usually performs as a PCI card, and SCSI devices like hard disk and CD-ROM. They need SCSI cable to connect. The final choice is up to your budget and the work nature.

The Relevant Regulations of SCSI

SCSI-1: SCSI-1 is the original regulation and first SCSI standard in 1986. It is allowed to connect up to 7 devices, and the maximum transmission speed is 5MB/s. This is epochal at that time.

SCSI-2: SCSI-2, also called Fast SCSI, has been improved a lot on the basis of SCSI-1, and it hasn't been widely used till 1994. SCSI-2 streamlines some unreasonable options and enhances the reliability. The transmission speed is increased to 10MB/s.

Fast Wide SCSI: Fast Wide SCSI is a type of SCSI-2. Its bus width has been doubled to 16bit and the maximum transmission speed is 20MB/s. 14 devices can be connected to this kind of controller.

Ultra SCSI: Ultra SCSI, a type of SCSI-2 as well, utilizes original 8-bit bus. The maximum transmission speed is 20MB/s, and the number of devices which can connect to a single controller is still 7. 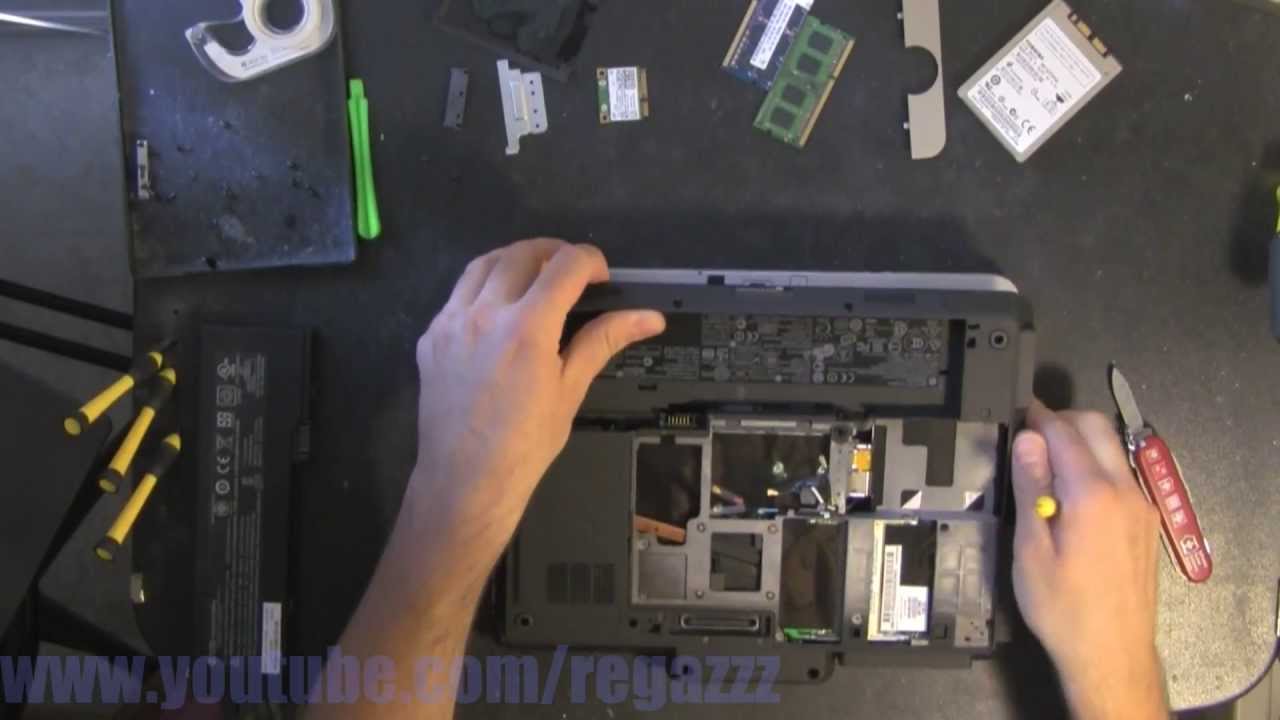 Ultra2 SCSI: Ultra2 SCSI utilizes 8-bit bus. But the internal clock speed has been doubled, and the maximum transmission speed is 40MB/s. The number of devices connecting to a single controller is still 7.

Wide Ultra2 SCSI: Wide Ultra2 SCSI is the fastest SCSI in a period of time. It utilizes 16-bit bus. The internal clock speed has been doubled and the maximum transmission speed is 80MB/s. One controller can connect 7 devices.

SAS ( Serial Attached SCSI ) is a new technology of hard disk attachment. It combines the advantages of current parallel SCSI and serial attached technology ( like fiber channel, SSA, IEEE1394 and InfiniBand ), sets serial communication as the protocol infrastructure, adopts SCSI-3 extended instruction set and can be compatible with SATA devices. It is a multi-level storage devices stack. And SAS disk is a disk adopting this interface technology. According to the industry prediction, SAS disk will take place of SCSI and become the main type of disk very soon.

The technology of spot to spot reduces the address conflicts and the deceleration of daisy chain;

It provides special signal channel to each device to ensure the maximum bandwidth;

Since serial SCSI ( SAS ) is the spot-to-spot structure, except for the increase of performance, the bandwidth has been increased as each device is connected to appointed data channel. SAS cable structure save space, and thus, the cooling and ventilation capacity of SAS hard disk server have been improved. In general, large parallel cable will bring electronic interference, and SAS cable structure can solve this problem. What's more, SAS structure has good scalability. It can connect at most 16384 disk devices.

Each SAS cable has 4 cables, 2 for input and 2 for output. SAS can conduct data read and write at the same time, and data operation of full duplex increases the data handling capacity.

As a new storage interface technology, SAS is considered as the replacement of SCSI. This is because SAS is not only functionally comparable with fiber channel, but also compatible with SATA. The strengths of SAS are mainly reflected on following aspects.

It can be compatible with SATA and save cost for users.

A SAS domain can connect up to 16384 devices directly.

The performance of spot-to-spot structure will be improved along with the increase of the number of ports.

More effective cooling can be provided in high-density environments.

But its price is expensive. Although the price of SATA hard disk is really cheap, it is mainly used in near-line-storage and non-critical application. After all, it is unsatisfactory in terms of performance. SAS should be regarded as an all-rounder. It can support SAS and SATA hard disk to satisfy the different cost-effective storage requirements. And it is a resolution of high performance, high reliability and high scalability.

The most common failure of hard disk is the guided fault, namely hard disk failing to start. When guided fault occurs, system will send many error prompts. Making sense of these prompts can be helpful to deal with hard disk problems.

Reason: when you start the computer, driver cannot complete the operations within the specific time after POST program ( BIOS automatic detection program ) sends a seek order to driver. And this leads to time-out error. If this case happens, maybe your hard disk is damaged.

Reason: this kind of failure is classified to hardware failure. This is because after POST program sends a reset order to controller, the interrupt response is not given out by controller within a specific period of time. The reasons may be relative to the controller damage or failure of cable plugging. In addition, controller failure is also relevant to the validity of hard disk parameter.

This error often appears on 486 and previous computer. Only on very old computer will the prompt appear. When the system is started, the role of master boot program is to find an active partition ( which can be started ) from the four entries of partition table. If there is no active partition in the hard disk, system cannot find the place to guide operating system. So, system has to suspend and call the BASIC program solidified in BIOS. And if there is no curing BASIC, this error appears. It can cause shutdown. Therefore, the simplest repair method is to set an active partition in the hard disk with FDISK. Then, if the computer has no curing BASIC program, this error will not happen again.